Customs and traditions varies across the nation, I recommend spending few days in smaller cities like Rivne, Ternopil and Vinnycja to enjoy a real Ukrainian atmosphere.

– Apart Kyiv and Lviv, life is dirt cheap. Avoiding touristic traps, you can live easy with 30€ / day, private accommodation included. You can find excellent accommodations for less than 20€/day.

– Rivne and Ternopil look definitely safe at day and night… More attention is needed in Kyiv and Lviv, above all outside the city center, even if I never felt in a real danger.

– Girls are “technically” beautiful, it is an incontrovertible fact. Older “girls” tend to overlook their body, probably there is no need to care anymore after marriage 🙂

– They like to party, clubs and bars are often full of people. Girls dances a lot, and they dance for real, not just swinging on the dance floor. Guys usually just watch around and drink. Never saw someone really wasted. Karaoke is very popular; when they play some popular songs, everybody sings.

– Salsa dancing is getting very popular, there are some clubs that have dedicated salsa parties in specific nights. They usually dance in an uncomplicated way, even if I start to see some “contamination” coming from those wannabe superstar masters (unfortunately).

– Basically there are two type of girls: one type is waiting for a “gentleman”, and at the antipodes, the other type waits for her charming prince… so, keep on waiting! 🙂

Being an occasional tourist doesn’t help in “relations”… their consideration hikes up when you have a job there.

– This is the only country where girls can be turned off at the entrance of a club, even if they are pretty and well dressed!!! By the way, in strip clubs girls pay more than men.

– Buses are usually super-crowded. Passengers pass money hand by hand on the bus to pay the ticket.

– Around the streets, there are several old women selling vegetables and flowers.

– In clubs, often old cleaning ladies appears during the party to keep clean the floor.

– Kyiv is full of strip clubs, girls working there are quite uninteresting but there can be some outstanding exceptions. Prices grow up year after year, entrance is around 10-20€, drinks from 5€ to thousands… Somewhat less “action” in Lviv, whilst in Rivne and Ternopil they are almost not existent.

– CouchSurfing somewhat works, but if you are in your 30-40 years, it’s quite hard to manage a meeting. Most of CSurfers are absent-minded, they reply with some excuses (“oh I saw your letter to late”, “I am really sorry for my late reply. Too much work”, “I really would like, but I can’t”, “Sorry, I just saw your request just now”) – don’t you have notifications by email and app like any other user?!

Most of the time they don’t answer… even worse when they change their mind with yes-no-maybe-WTF?! in half an hour… such a waste of time…

Tinder is full of “professionals”, but it’s getting more and more popular among youngsters: again, being a foreigner doesn’t help.

– In Kyiv there are no stray dogs, almost no dogs at all… In Lviv I spotted few “civilized” small dogs with their owners. In Rivne and Ternopil there are groups of free happy dogs well integrated within the city and also well feed-up by people.

– I often had the feeling of being like a cash cow: they expect money in 90% of the situations, from the extreme but straightforward “escorts” to the old men playing chess on the benches of Lviv, passing from taxi drivers, BlaBlaCar drivers, girls looking for drinks and dinners, waiters looking for tips, homeless people, street artists, even opticians that sell not-for-resale contact lenses.

– Apart Kyiv, few people can speak English, even among young people it’s not common. They usually speak Russian as second language, but not in Lviv, where Russian language seems abolished.

– The general attitude at the restaurants, bars, hotels varies a lot according to the gender and the city: in Kyiv, most of male personnel is unpolite and seems annoyed by (foreign male?) customers. I wonder if they think of me like a “competitor”… Ladies are usually smiling and friendlier. In smaller cities like Rivne and Ternopil, everybody is usually happy to deal with a foreigner, even if they struggle with English. Lviv is in the middle way. In Kyiv it happened that a male waiter started to “joke” with my female friend in Ukrainian, leaving me outside of any consideration… I’ve been told that, when it happens, I should ask the manager to replace the waiter for my table.

– The vast majority of people have a lot of good intentions but no practical action, it’s always about the next time or up to someone else… By the way, nobody has ever *spontaneously* proposed to hang out, join their friends or attend some event together.

Besides that, there is total lack of organization and practical sense, zero respect for rules starting from the ones on the road, unreliable agreements: probably they try to be polite, but 50% of the times then they change their mind.

I tried to travel by BlaBlaCar: they were late (like half an hour, with me wondering what to do…), they changed the departure point 15 mins before (there is teleportation in Ukraine?!), they cancel the booking 1h before, they asked more money than agreed…

– They are willing to fix things with minimal effort and poor results (if any): at the hotel I asked to fix the tap, because it was blocked… the factotum came quickly to my room, opened the tap, shook the filter, remounted it, et voila… is it fine now? he asked; well, it was slightly better than before, but why don’t replace the filter with a new one?!

Same behavior at another place: they always say they will consider my advices, but those are just empty words… I come back to the same hostel from time by time, and nothing changes, nothing…

Same behavior at a third place: the room was nice, but there were electrical wires hanging hover the door and from the walls… is it so difficult to fix them on the wall?

Same behavior with wifi: often the signal is barely enough… they don’t have repeaters in Ukraine?!

I reached the conclusion that they just don’t care… If it’s possible to do better, no way, is it fine as it is…

– It’s an underdeveloped country, they lack good infrastructures and their mindset is still backward.

– Blinds at the windows are almost not-existent, blackout curtains are rare: better to apply some aluminum foil or dark waste bags on the windows to avoid sunlight in the morning

– Queueing, as first come first served, is an unknown behavior; they (as well as Russians) also jump in when a customer is dealing with the staff at the hotel desk.

– Roads are in a bad condition, above all outside of the cities the lack of maintenance is evident. Respect for road rules is poor, be careful to cross on the zebra lines. Respect for rules in general it always up to the “personal interpretation”. No use of seat belt in cars.

There are pedestrian crossings and traffic lights even on the highway from Kyiv to Lviv, quite dangerous.

Often there are no bars at level crossings; sometimes there is still an attendant within a little house.

Bicycle lanes are unknown, as well as biking.

The majority of cars are old or cheap, but richer people have usually SUVs, it is the best way to move over their Swiss cheese roads.

– There are several homeless people, usually old. It is sad to see many old “babushka” going around with plastic bags of their stuff, asking for charity and trying to sell withered flowers. All of this even in cold and snowy weather.

– Unofficial taxi must be avoided; with official ones is better to agree on rate before leaving, otherwise you could end up paying much more than it should be. Maxim and Uber apps are recommended to book a taxi from your smartphone, they are simple and reliable.

– Trains can be reserved online, but be sure to translate carefully the receipt (from Russian / Ukrainian). Maybe you think to have a ticket, but it is not… You must exchange it with a real ticket at the desk. Otherwise an old, big and bold lady will prevent you from getting on the train.

brown: nothing special, but it can be worth a visit

dark gray: better to avoid it 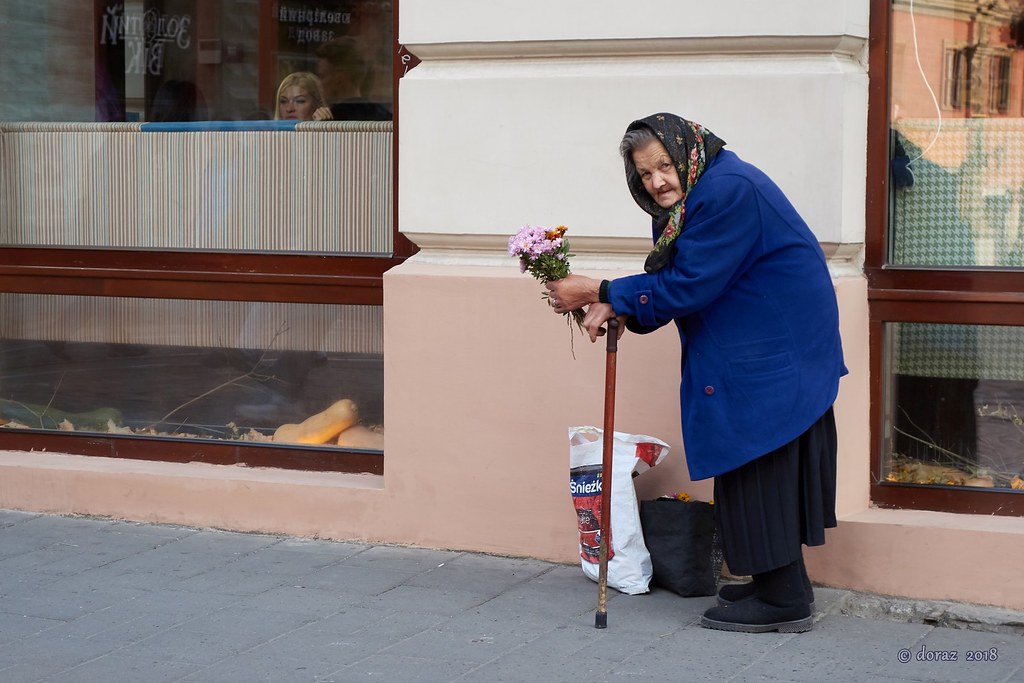 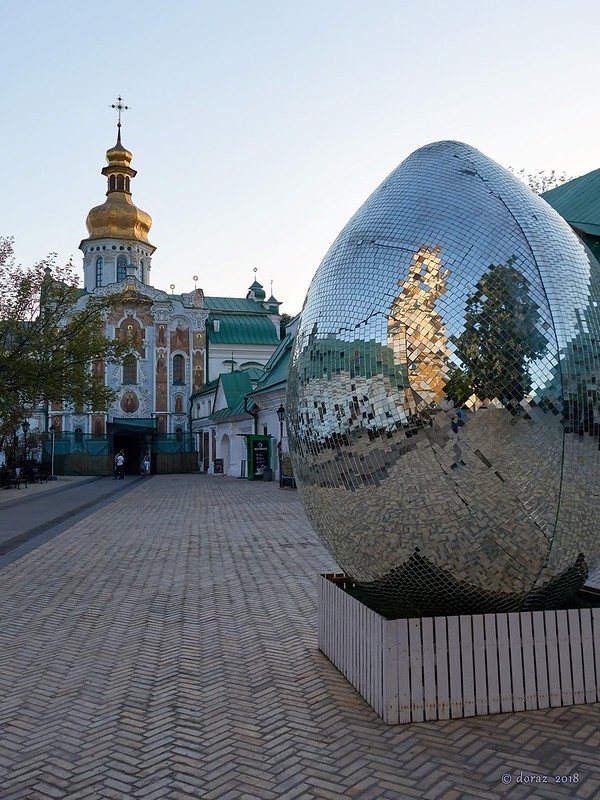 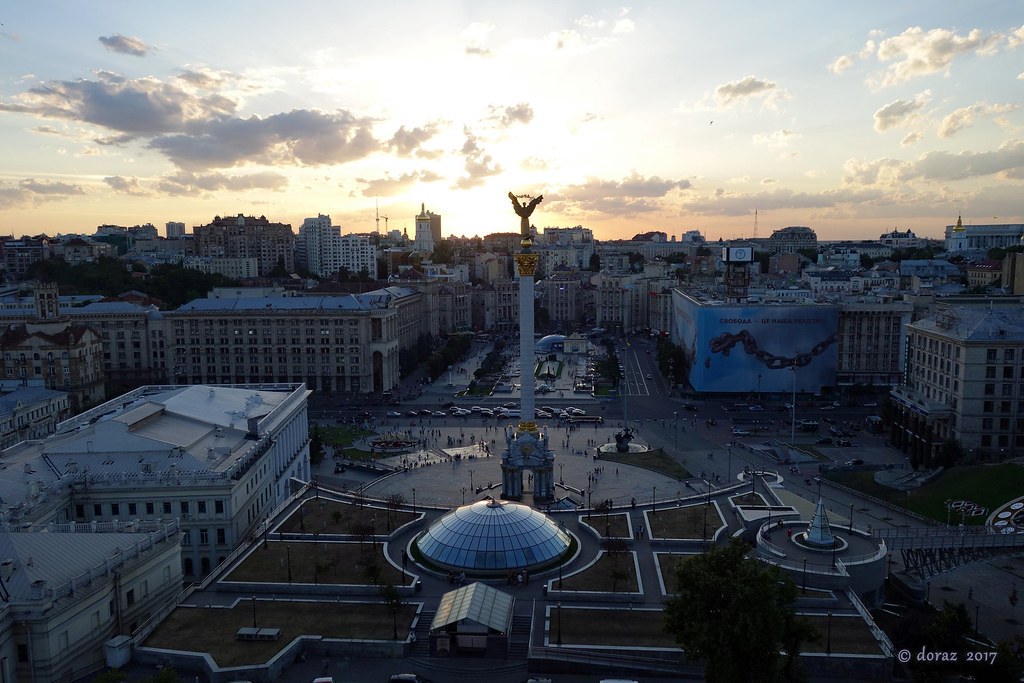 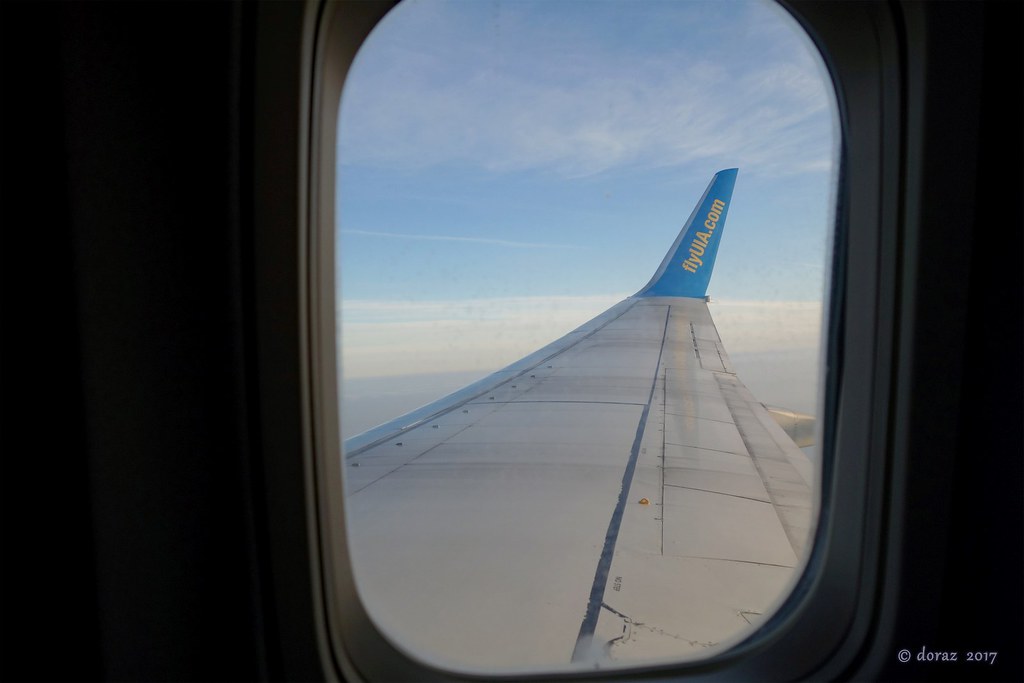 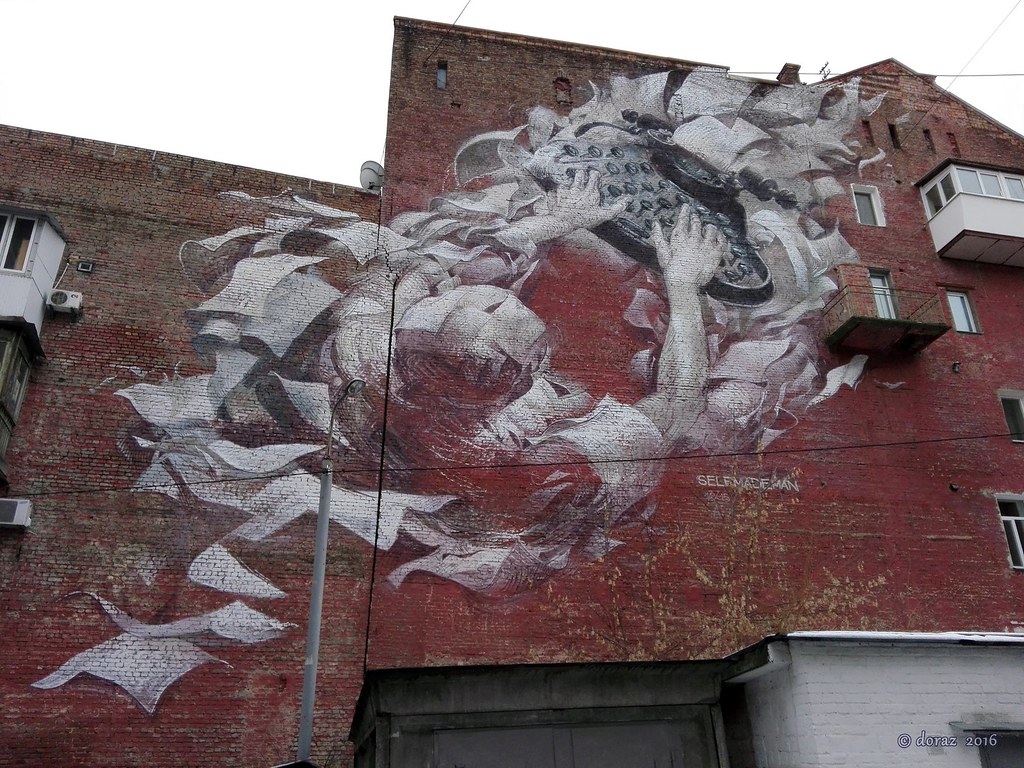