– Food portions at the restaurant are huge, often it was hard to eat up a full meal.

– It seems a safe country, I never felt in danger, even walking alone outside city center in the night.

– Batumi is generally clean, I didn’t spot any “forgotten” waste in the streets and on the seaside. Kutaisi is much worse: there is garbage in the river, in the parks and in many abandoned areas.

– Despite all the mess and issues, they seem quite used to them and they take everything easy!

– If you know where to go, you can find good places (accommodations, restaurants, …) at dirt prices, but as a tourist you will likely end up in the popular ones, with high prices (compared to Georgian standards) and average quality. Decent accommodations in Batumi vary from 40 to 60€, a full meal around 10€. Kutaisi offers excellent rooms at 20€.

– At some supermarkets, there are plenty of assistants that take care of their specific shelf: basically each area has two or more dedicated assistants. They can help the customer, they put products perfectly aligned, and probably they also check that nobody steals items.

– In Batumi most of the tourists are Russians and Turks; I spotted many bold big belly men “escorted” by showy Russian ladies… maybe I still have some chances 🙂

– Batumi beach is made of stones, so a deckchair is recommended (they are rented directly on the beach at 4-5GEL each, as well as umbrellas).

– There are some stray dogs all around the city and on the seaside, they are calm and don’t bother anybody. People are comfortable with them. Same situation in Kutaisi.

– No strip bars or sex clubs, even if in Batumi some bars with dark windows seems to offer more than a drink.

– In Batumi old city, Turkish area, there are plenty of thai massage parlors: in spite of the poor conditions of the house and the lack of cleanliness, the massage itself can be very good. Girls may propose some “sensual” services beyond massage to round up their low salary.

– CouchSurfing and Tinder don’t work at all.

– Batumi is one of the ugliest city I visited, there is jumble of “modern” skyscrapers built randomly and surrounded by old ruined houses. The road infrastructure is inadequate to serve the large number of tourists that come in July and August; in June there were already frequent traffic jams all around the city.

– Very few people can speak English, even among young people it’s not common, only teenagers know some basics. They usually speak Russian as second language, not surprising Batumi is full of Russian people.

– it’s an underdeveloped country, they lack good infrastructures and their mindset is still backward.

– I rarely felt welcomed, I wonder if I was a nuisance of them, or it’s just their own behavior. I didn’t have any chance to get in touch with locals, apart some short talks with the staff at the restaurant or the hotel. I would say that in Kutaisi the normal approach with foreigners was friendlier, whilst in Batumi I was just a customer.

– Finding a comfy accommodation is like winning the lottery, there is always something wrong:

place n. 0: they debited my credit card 1 month before my arrival – got a refund after a written complain through Booking.com and I canceled the reservation.

1st place: nice modern hotel with hard mattress and super thick pillows (apart that, it was an excellent place).

2nd place: a private flat in a modern building, I even didn’t get inside since the landlord was cheating and brought me in another place in an old building, of course with the same price. I tried to find an agreement, but when he started to shout in Georgian language, I just picked my stuff and runt away (quickly…)

4th place: finally I got a nice bright room, but… there were water issues in the shower, so that sometimes water pressure was very little, sometimes extremely strong… sometimes water was very cold, and an instant later ultra hot without touching the knob… Just impossible to have a relaxing shower…

It’s recommended to carefully check the room before accepting it.

– Blinds at the windows are almost not-existent, blackout curtains are rare: better to apply some aluminum foil or dark waste bags on the windows to avoid sunlight in the morning

– Party places were usually not crowded and boring. Some clubs seem scam places for tourists (20€ entrance fee!) with some unappealing men hanging around and inviting you.

– Salsa dancing is not popular at all, I went to a Salsa festival in Batumi and I met only Russians and Ukrainians.

– At the restaurant, waiters can’t “wait” to take used napkins as soon as you put them on the table: a continuous intrusion. Moreover, most of the time, dishes come all together, probably it’s part of their culture to show a table full of food. Service fee (10%) often is exposed in the bill, but some waiters told me that it’s not a tip for them, but it goes to the restaurant (!). Service is usually poor, staff is not trained for the job, they just bring dishes back and forth.

– Queueing, as first come first served, is an unknown behavior; they (as well as Russians) also jump in when a customer is dealing with the staff at the hotel desk.

– Roads are like a jungle: they do not respect signs nor pedestrian strips, they park where it comes, they drive talking or typing on the phone, they are honking all the time, they seldomly use safety belts… on the other side, pedestrian also cross whenever and wherever they like, doesn’t matter if the traffic light is red or is a 3 lanes road…

– Roads are in a bad condition, above all outside of the cities the lack of maintenance is evident.

– Many people are used to walk on the bicycle lane, and (not surprising…) many people use bicycles on the pedestrian street.

– There are not few idiots that drive at very high speed in the city with fast cars or bikes, making a lot of noise when they pass by… it seems that nobody complains about them, in spite they are curious about who is so “noticeable” (!).

– There are several homeless people and gipsy children in the streets, they look quite deprived.

– Better to avoid unofficial taxi, also with official ones is better to agree on rate before leaving. “Maxim” app is recommended to book a taxi from your smartphone, it is simple and reliable (a kind of Uber).

Gonio Inn (both hotel and restaurant are great)

Maxim app to order a taxi. 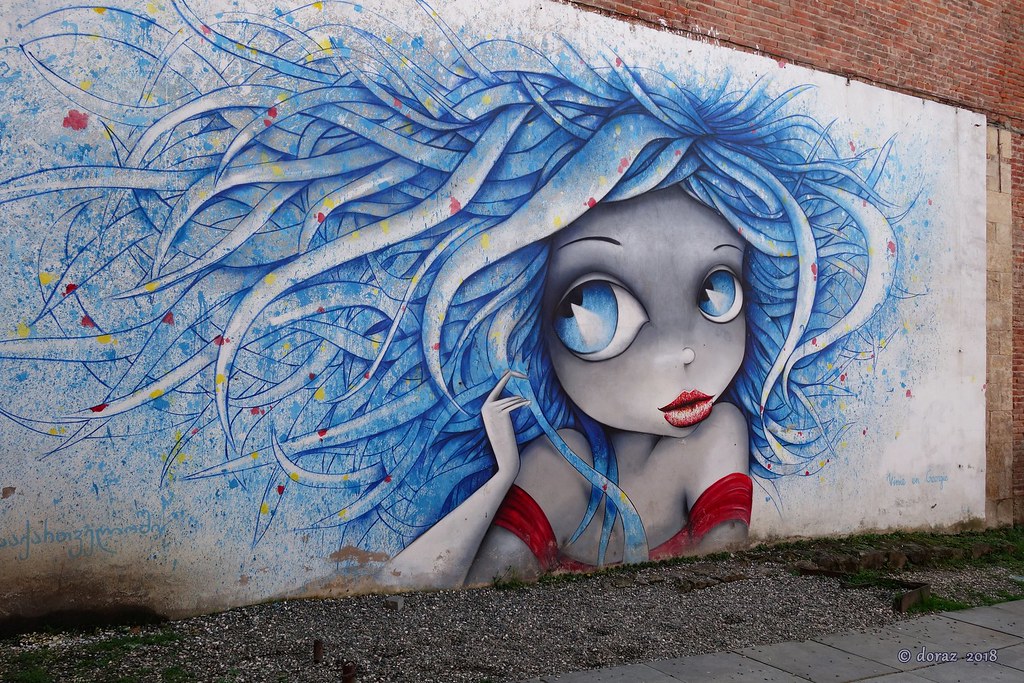 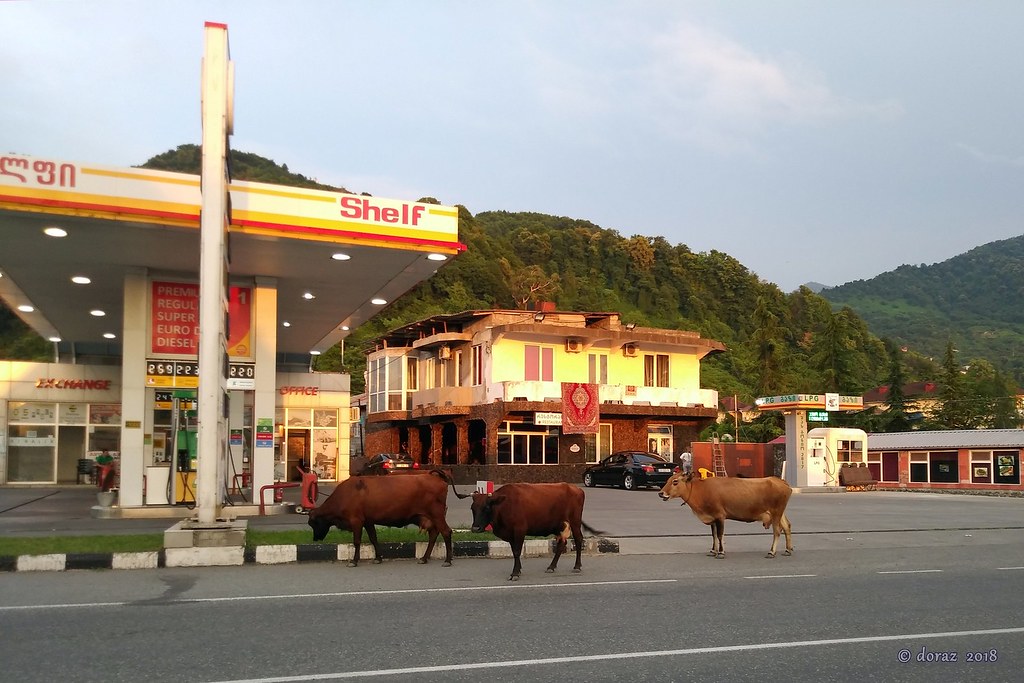